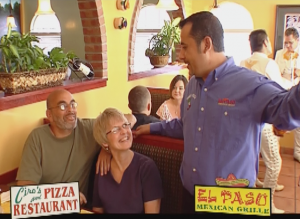 Raul Castillo grew up in northern Mexico, immigrating across the border in 1992 through El Paso, Texas. His seasoning and cooking style were nurtured while growing up in his Mom’s kitchen. Through constant tweaking and reference back to the tastes from the his youth, no recipe or dish leaves the kitchen without his stamp of approval.

The Virginia Health Department has always had the highest marks for El Paso. “Facility in excellent condition…Great job.” (JSM)